I recently revived my old laptop to use as a "kick-around" machine around the house for web-surfing.  I installed Firefox from their website and as soon as  did, my computer came to a screeching halt speed-wise.  I used to run Firefox on this machine with no problem, but it looks like this new version is causing problems.  Can I go back to my old version that I used and liked?

Is Mobile Malware a real risk?

Hi Techie,
I've been hearing about viruses that attack smartphones. Is this just scary digital campfire stories, or do I have something to actually worry about with all the things I do on my phone?

I have an old HP scanner/fax/printer. I recently heard that my printer can store your personal info inside somewhere and you should remove it before getting rid of it? I called HP and they said they don’t think that it could store anything. I want to believe them, but I also want to be sure.  Help! – Jane

What is Carbonite and do I need it?

Dear Techie,
Being bored and an insomniac, I happened to come across a late-night commercial for a service called Carbonite. It claims to automatically back up all my data so if something happens (or as they say "Before disaster strikes") my data is all protected. I just can't really get my mind around what the service is. I have a few gigabytes of photos and documents stored on my PC and I am worried that it will die on me one day and I will be left without copies. Should I use this service?  Will disaster strike me?  Did I leave the oven on?  Why is the number 42 important?  The suspense is killing me!
— Freaked out non-geek

How do I transfer my purchased iTunes downloads?

I just bought a new PC to replace my old machine, unfortunately, iTunes has none of my music on it.  I've downloaded hundreds of dollars worth of music through the program, but I can't get it to open.  What do I do? 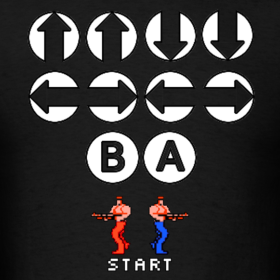 What does "Delayed Write Failed" mean?

Hi Techie,
A message popped up on my screen that said "Delayed Write Failed" to my USB drive. What does that mean and what should I do?