So why the change?  Modern gaming has evolved from being a solo adventure, to a social experience.  With services like Steam and Xbox Live, peoples gaming accomplishments and achievements are being published en mass to the internet.  Many cheat codes modified the game itself, so if cheat codes were allowed, people couldn’t compare themselves to their online gaming friends.  Since the concept of social gaming was introduced, the scoreboard trumped the single player experience (just look at how many games are made with multiplayer functionality with online scoreboards, vs. long-playing single-player campaigns).

Another blow in the coffin is the “save point”.  Older games had no ability to allow you to save your progress, so if you played for six hours and lost power or had to go to dinner, you lost your progress.  Six hours of progress.  Six hours which unless you had the cheat code to allow you to warp back to your level, you were stuck in the beginning (I’m looking at you Super Mario Brothers 3).

Are cheat codes really gone though? While many games don’t have codes to unlock God mode anymore they still do have the addition of unlockables which often follow in the form of Golden-Eye in which you have to perform certain tasks to obtain the rewards of a cheat. In many new online shooters your characters rank determines what weapons or loadouts you are able to start with so you simply have to take the time to unlock these higher powered weapons to gain the edge in combat. Unlockables have become the modern day cheat. Many other games you can quite simply buy cheats. Burnout Paradise for example offers a Time Savers Pack in which you can unlock all the cars in the game without so much as lifting a finger except to give them 400 Microsoft Points. Let’s not forget that the game developers are out there to try to suck every penny out of us. Other games still offer cheat codes that you can enter just like in the old days. The Grand Theft Autos for example still offer a number of cheats but if you use them you simply cant get 100% completion in your stats page. Guitar Hero even offers a No Fail mode at no cost to the player, simply enter the button combination
just like in the old days and play away no matter how bad you rock. Lets also keep in mind that the cheaters will always find new ways to cheat. Anyone want to trade save files to gain achievements???

Cheat codes will always hold a special spot in the hearts of us hardcore gamers but we have a lot to look forward to now that we simply didn’t have in the past. We can all look ahead knowing that even if we don’t get a cheat we can still load away until we figure out how to beat our favorite games. 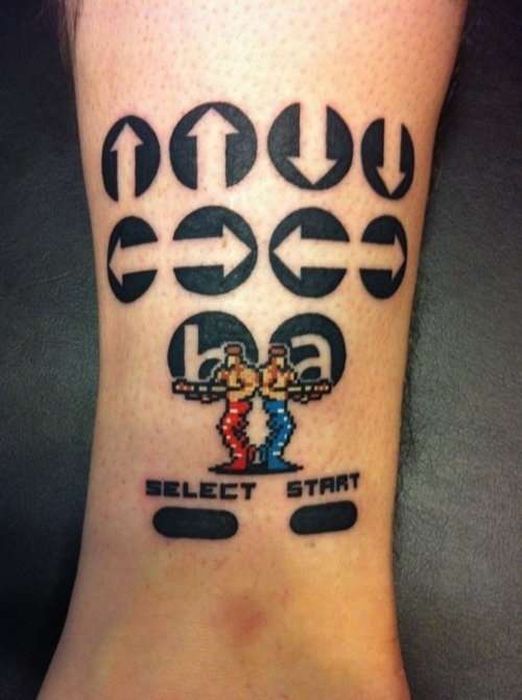