Is Windows 8 a good thing?

I have been hearing about Windows 8 being the next big thing from Microsoft.  From what has been said so far, it sounds like Windows 8 has a lot of change in store.  I remember how difficult some things were when I upgraded from Windows XP to Windows Vista.  What things are changing?

User who wishes Windows was “pane-free”

Windows 8 does have a lot of change planned so far.  I’ve been itching to try it out myself now that Windows has released the Windows 8 Consumer Preview Edition (Note, the preview edition is for installing pre-release Beta version of the full software.  What this means for you is that it will install a copy of the incomplete program, there are glitches, problems and incompatibilities as well as features that may be unavailable once the full version is released and sold in stores.  Use at your own risk, and only if you are comfortable with fully wiping your computer and reinstalling a full operating system.) 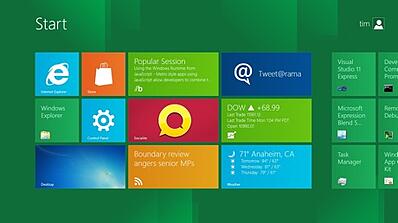 The full version of Windows 8 is due in mid-to late 2012, but is still under development.  Between now and then things may change.

I’ve listed a few of the Pro’s and Con’s of Windows 8 below:

• It is touch-enabled. A user with a tablet-style device will receive even greater benefits from using the operating system. Windows 8 can also function using sensors to detect motion and proximity, although Desktop users will not have that functionality yet.  Desktop users may be able to use a controller like the XBox 360's Kinect camera-based controller for non-touch based interactions.

• It boasts a new user interface called Metro, with large colored icons to navigate. This will make it easier for users to navigate using the mouse and a keyboard or on touch-devices alike.  A single mouse click can be used to open up applications, and a shortcut key on the keyboard will allow for quick navigation back to the desktop.

• Windows 8 may simplify password usage across the board.  One of the new features of Windows 8 is the ability to recognize the user using a webcam.  This will simplify access to a computer, by not requiring a typed password to access the computer and information on it.

• Even though the operating system is new and improved, it may be difficult to get customers to buy into it. Some of the new Windows 8 features will not be compatible with existing computer hardware (like the touch functions). If a customer wants to benefit from the new system, they will have to buy a brand-new computer, which could be much too expensive.

• The Metro interface has a similar layout to Windows-based smartphones, using a tile-format with touch capabilities on tablets and touch-equipped PCs. Users can  switch back to the desktop mode, which looks similar to Windows 7 but a complete Start menu as we know it today will be lacking. The new Start menu has only four options, making the new interface unfamiliar to loyal users of previous versions.

The bottom line? Yes, Windows 8 is new and improved and will run at it’s basic level on most machines on the market running Windows 7, but it is important to know the potential problems of an upgraded system. The biggest upgrade from previous versions is Windows 8's improved security.  It features new methods of protecting a computer as it is tarting up, as well as a function to help you fully restore your computer to any saved point in time, unlike the current version of System Restore in XP and Vista which only reverts certain files.  All in all, it is something to look forward to as technology progresses.

Thanks for the question!